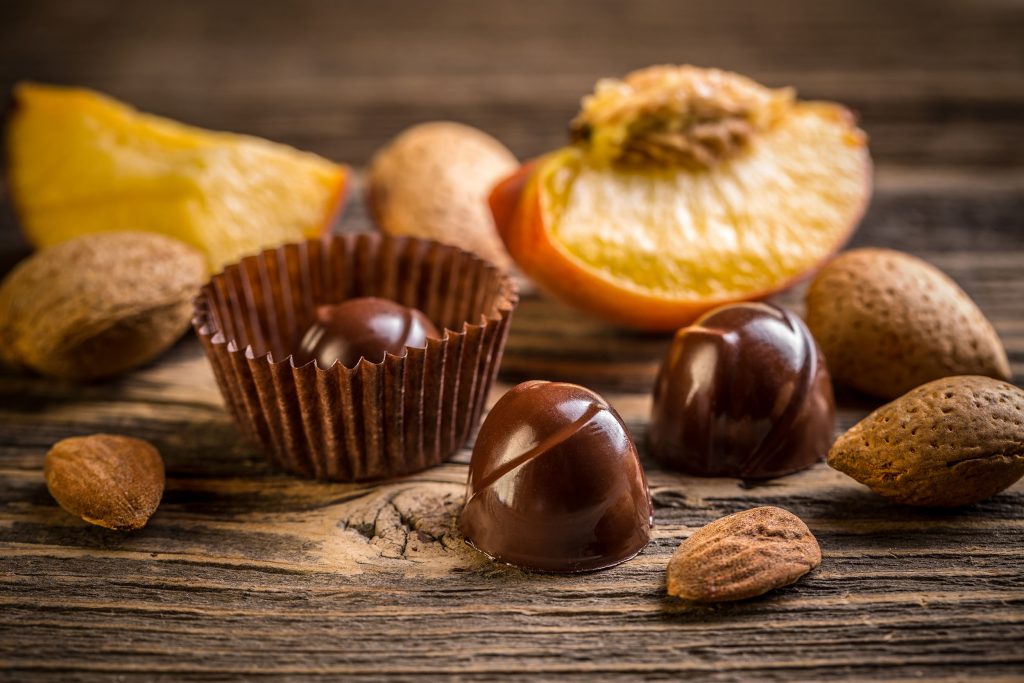 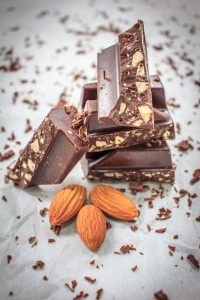 Bittersweet chocolate is chocolate liquor to which sugar, cocoa butter, and vanilla have been added. It has less sugar and more liquor than semisweet chocolate. However, the two of them may be interchangeable when baking.

Recent studies reveal health benefits from eating small quantities of bittersweet chocolate. The addition of almonds increases health benefits as well. Pairing the two of them together gives us a delicious and healthy snack. Make them a part of your lunch or enjoy them as part of an afternoon snack.

In 1742, Eliza Smith included the only chocolate recipe in her cookbook The Compleat Housewife printed by William Parks. The simple recipe combined grated chocolate, orange flower water, and sugar.

When combining chocolate and almonds, remember that both keep well, too. So, sharing during the holidays is easy. Make a little or a lot of a recipe to spread the holiday cheer when using bittersweet chocolate with almonds.

Speaking of almonds, here are some interesting facts I was able to dig up about them.

The almond tree has an average life span of 20-25 years and does not bear fruit during the first 3-4 years after planting. It’s a deciduous tree, growing 4–10 m (13–33 ft) in height, with a trunk of up to 30 cm (12 in) in diameter. The almond tree is native to the Middle East, the Indian subcontinent, and North Africa. 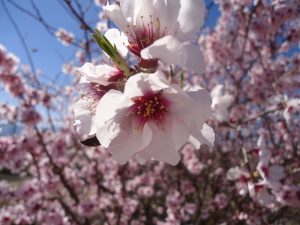 Historians agree that almonds were one of the earliest cultivated foods. Almonds are mentioned as far back in history as the Bible. In the Hebrew Bible, the almond was a symbol of watchfulness and promise due to its early flowering. They were a prized ingredient in bread served to Egyptian pharaohs.

Explorers ate almonds while traveling the “Silk Road” between Asia and the Mediterranean. Before long, almond trees flourished in the Mediterranean – especially in Spain and Italy. The almond tree was brought to California from Spain in the mid-1700s by the Franciscan Padres and now California produces 80% of the world’s almonds.

Almonds are referred to as nuts although they are not true nuts from a botanical point of view. The almond is botanically a stone fruit related to the cherry, the plum, the peach, and the apricot. However, almonds are nuts in the culinary sense.

Hashtags to use to celebrate this event
Social Media Calendar Bookmark this page so you won't miss another relevant event or holiday!
Today is December 06. I hope you have a great day and remember what John Lennon said .... life is what happens when you are busy making other plans.

Thank you for reading about all the fun events and holidays on the Social Media Events Calendar website.  Be sure and check-in daily as we add new events all the time. You don’t want to accidentally miss a great event like National Hug Your Cat Day, now do you?